Jacob Perez a.k.a Princeton is a talkative, high spirited and highly attractive individual. He was born on April 21, 1996. Princeton's favorite color is green and he is of African American and Mexican descent, he previously described him self in a Philadelphia public fan interview as "Blaxican."

Princeton encourages the fans to do their best in school. He confessed that he used to be a poor student but after joining the group and realizing the value of education his grades have improved to A's and used to be mentally and physically bullied. Princeton is currently 24 years old (2020). He mentioned once that his favorite subject was English. Princeton stated that though he understand Spanish well he is not as good at speaking it. Princeton is the second oldest in the group after Ray Ray. Many fans have described Princeton like the other boys to be humble despite their fame. Princeton's signature is his afro and his many shades. He also known to encourage Positivity and Self love with his friends and the fans, his motto being "Spread the Peace!" This is a direct effect of his experience with bullying he he was younger due to not fitting in, despite this he encourages fans to "Be Themselves" and has even described himself as a Misfit stating that his differences are part of the things that make him special.

He along with the other Mindless Behavior members are currently single. and has admitted to only just recently experiencing  his first kiss.

Princeton said that one thing that the fans don't know about him is that he still likes to be to himself and keep things just to him.  He looks up to many of  artists such as: Michael Jackson, Prince, Usher and Chris Brown. 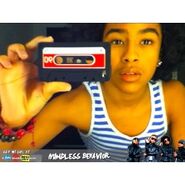 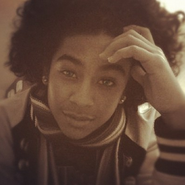 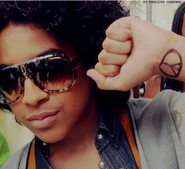 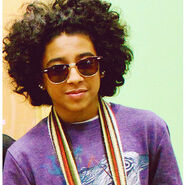 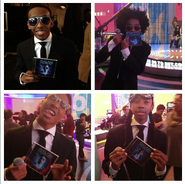 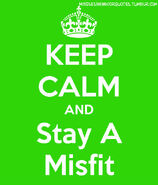