Mindless Behavior Wiki
Register
Don't have an account?
Sign In
Advertisement
in: Music Video, Princeton, Love song for all this girls,
and 10 more 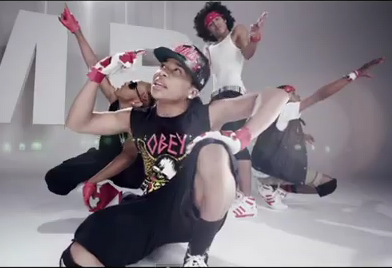 The video open up with Princeton introducing the song, then Roc  Royal does his verse, then Prodigy sings the hook and bridge of the song, and then Ray Ray raps his verse. Then all four them were dancing and sitting in red chairs in a black and white room with backround dancers and the intitals "MB" in the background with their manager, Walter Millsap playing the piano as they sing about having chocolates, flowers, and a love letter for a girl who will be their Valentine's Girl.